CBD has made its way into our grocery stores, gas stations, and IG feeds. It’s nearly impossible to avoid a CBD hemp oil retailer online and in-real-life. This rise to mainstream visibility didn’t happen overnight, there’s nothing ‘new’ about everyone’s favorite new health and wellness product.

We are still in a weird spot regarding CBD. Legality isn’t the only grey area. What CBD does, how it should be taken, what products work best, and what to expect after taking it is still a mystery to the majority of the population.

At Yesterday, we want to provide our customers with the answers to all their questions. But this can’t be done in a simple FAQ. It takes a greater understanding of the cannabis industry to know why we are still in the dark when it comes to many aspects of CBD and what the next decade will look like.

CBD’s close relationship with marijuana is what puts us in this position. Research has been severely suppressed since the discovery of the precious cannabinoid in 1940.

We hope to one day suggest X amount of CBD to treat Y and take Z times per day for X amount of time. Sadly, we aren’t at this point. We have to rely on the available peer-reviewed studies and research papers by the small number of experts in the scientific community who are devoted to cannabis.

Understanding how we got to this point can help a new user make the best purchasing decision for their needs. Below is a breakdown of what we will be covering in Part 1 of Our Ultimate Guide to CBD: 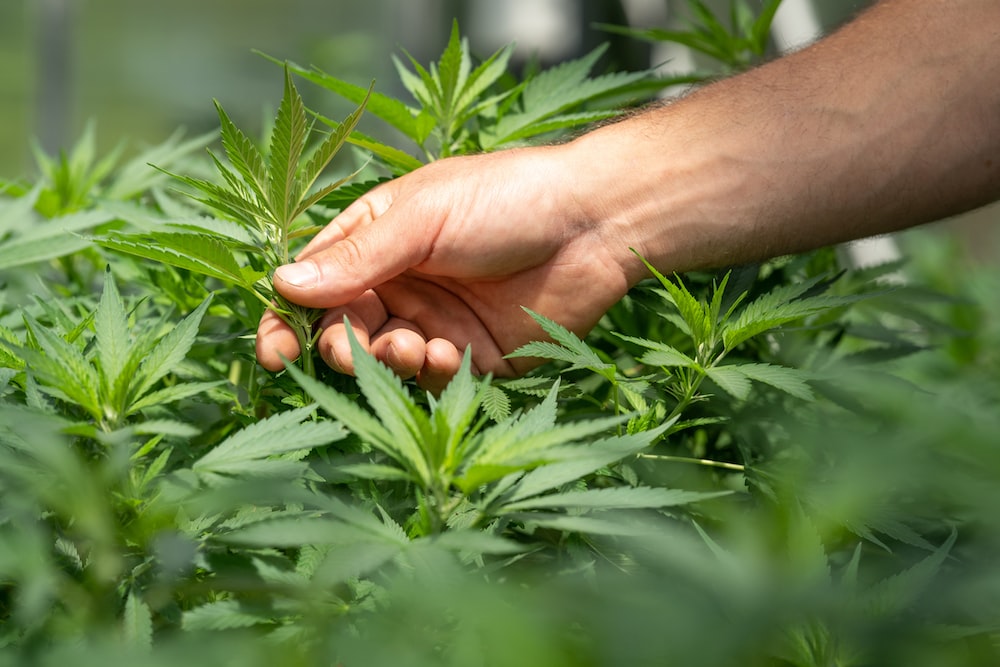 The United States has a rich history of utilizing hemp as a reliable crop. Two of the nation’s forefathers, George Washington and Thomas Jefferson grew fields of hemp. This isn’t just stoner folklore from cult classic Dazed and Confused.

While we view hemp and cannabis as a demonized plant only recently to be freed from prohibition, this wasn’t always the case. In the 1700s the US government legally required farmers to grow hemp. This all changed with the Marihuana Tax Act in 1937. Red tape and excessive taxes on production made growing hemp uneconomical. The leading supporter of the act, commissioner of the Federal Bureau of Narcotics, Harry Anslinger, continued to demonize hemp by promoting a world-wide anti-marijuana fear-mongering campaign.

Europe has a similar story when it comes to hemp. England’s King Henry VIII needed the crop to produce sails for warships in his race to build the greatest Navy the world had ever seen. He also required hemp to be grown by his country’s farmers.

Unfortunately, the misinformation regarding cannabis lead to prohibition in the 1920s and 30s. The close relationship marijuana and failure to separate the hemp nearly killed hemp production in the West.

After the Marihuana Tax Act, fear continued to spread. Anslinger teamed up with print media mogul William Randolph Hearst to continue the misinformation campaign. The two used Aslinger’s influence in the government and Heart’s printing press empire to spread propaganda for the next couple of decades. The effects of this campaign still exist today. Even the term ‘marijuana’ is taken from the Mexican street term, ‘marihuana.’

Around this same period, Harvard-trained chemist Roger Adams extracted CBD from cannabis. Cannabis research continued quietly over the few decades. Scientists were understanding that THC was the chemical in cannabis that was responsible for the intoxicating effects.

Despite the attempts to misinform the public and influence the legislators by Hearst, hemp was recognized separately from marijuana by the US government. Hemp production was taxed and regulated to the extent that it was nearly impossible to make a profit, but it did exist. In 1957, farmers planted the first commercial hemp fields in Wisconsin.

The hemp industry takes a major blow in 1970 with the Controlled Substances Act, classifying hemp and marijuana as a dangerous drug in the same category as heroin and cocaine. Industrial hemp is obliterated. Even more strict regulations are given to farmers who still want to produce the plant.

In 2004, a landmark case for the industry, Hemp Industries Association vs DEA, allows hemp to be used in food and body care products in the US. In 2007 a few hemp licenses are issued to farmers in North Dakota. Small victories but still coordinated suppression by the US government because of hemp’s relationship to marijuana.

This is truly a dark period in the United States. The 1970s Controlled Substances Act kicks off the war on drugs that has helped make the United States the most incarcerated population in the world. Topping all other countries in both the total number of individuals in jail and the rate of incarceration.

Hemp and an entire industry suffered in the name of cracking down on drugs. The industrial and commercial applications of hemp are abundant ranging from textiles, hempcrete, paper, plastics, biofuel, and so many more. Hemp wasn’t just demonized by a misunderstanding of terminology and chemistry related to cannabis, hemp, and marijuana. People like Hearst, who made money by tearing down forests to produce paper most likely viewed hemp as a threat to his business ventures.

One of the main reasons we don’t know much about CBD is the organized effort to suppress cannabis research. Today, private labs that aren’t funded by the federal government are still required to obtain licenses from the FDA to conduct cannabis research.

Before the rise of medical marijuana in the 1990s and early 2000s, cannabis research was being done by a handful of scientists worldwide. The majority of funding was and still is to this day dedicated to looking at the harms of cannabis, not the benefits.

There are many reasons why we don’t know the extent of CBD’s potential medicinal benefits. Information is at the top of the list. The public was being fed propaganda printed on paper from trees, to stop a potential threat to the printing industry. Fear spreads much faster than boring, meticulous research and detailed studies. We are still dealing with the repercussions of a handful of powerful men who had financial interests in keeping the hemp industry from scaling.

Some milestones happened before 2018 worth noting.

In 2014, President Obama signed the Agricultural Improvement of 2014, aka ‘farm bill.’ This allowed pilot programs to study hemp and expanded hemp cultivation.

The hemp cultivation industry begins to grow and CBD topicals and tinctures begin gaining popularity in dispensaries. In 2016, a Colorado hemp farm earned the Organic Certification from the USDA.

In 2018, President Trump signs the Farm Bill expanding access to hemp cultivation and some clarity regarding CBD products. Products that are derived from hemp are classified as containing 0.3% THC or less. The bill essentially legalized all cannabinoid products as long as they aren’t going to get users high.